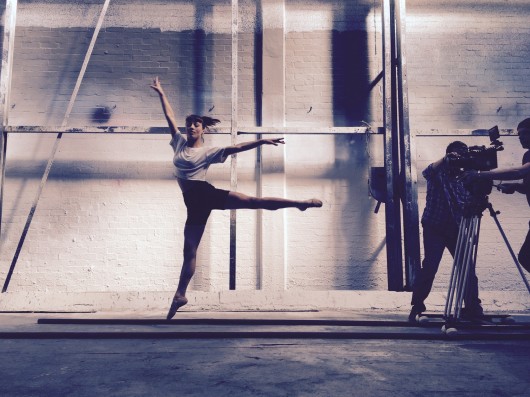 The Listeners Project, a small London-based initiative that works with young filmmakers in unique architectural spaces to develop and create short films, have taken residence in the former BBC Television Centre. The building, designed by Graham Dawbarn of Norman & Dawbarn in the late 1940s, has an iconic plan that resembles a question mark. The centre, which was once the beating heart of the majority of the British Broadcasting Company’s television production, was listed in 2009 before it was finally vacated in 2013.

Prior to its renovation into offices, retail and new studios, The Listeners Project have spent two weeks in four different spaces in the centre’s Drama Block, a warehouse space where television sets and props were historically created and stored. Four teams were each given 24 hours to produce a short film, taking the theme of ‘resurrection’ and using Emily Dickinson’s poem Afraid? Of whom am I afraid? as inspiration. By creating a series of short films they aim to acknowledge the history of the space.

The four short films will debut at a special screening within the Television Centre today, Monday 4th May 2015.